The Art of the Bowtie: Bogie by Avedon 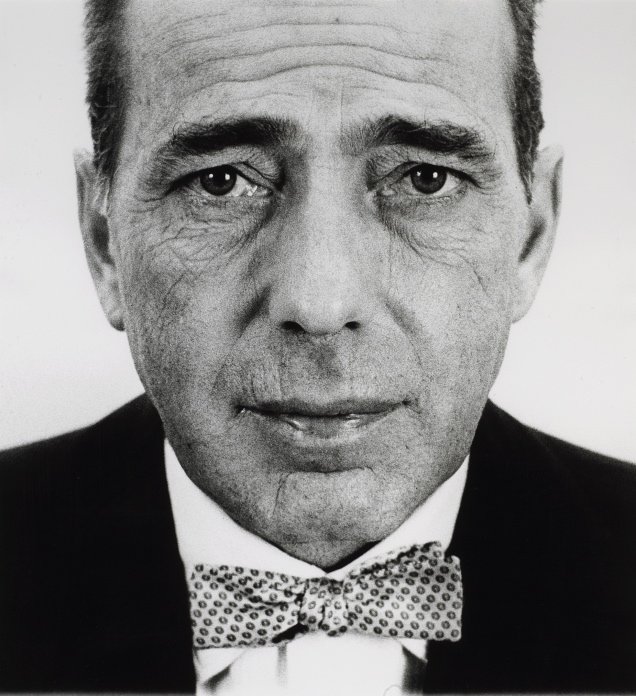 Humphrey Bogart, Actor, New York, 1953
Gelatin silver print, printed 1970, from Minneapolis Portfolio (New York: self-published, 1970), signed and numbered 8/35 in pencil in the margin; signed in ink and with his copyright, edition, and title stamps on verso, framed. 24 x 20in

A Tale of Two Warhols 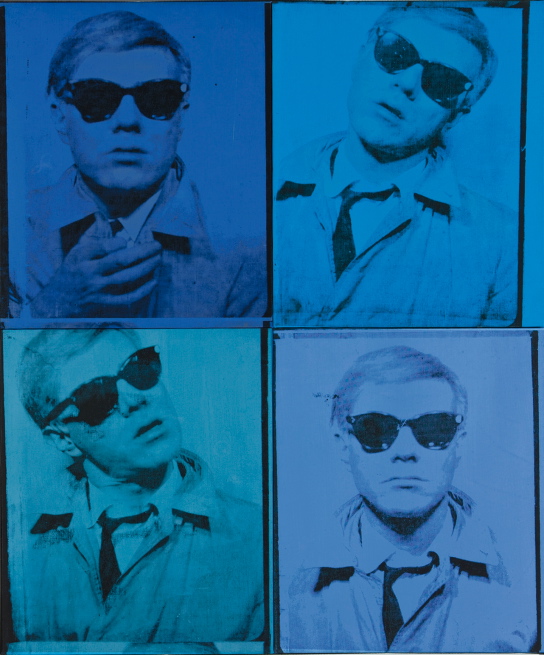 A lot of fuss is being made over a blood red 1986 Andy Warhol self-portrait expected to fetch up to $40 million at Christie’s on May 11. The nine foot high tribute to the artist’s unbridled ego, painted shortly before he died, is the centerpiece of the auction house’s eye-popping Post War & Contemporary Art Evening Sale in New York. Another major Warhol portrait in the same auction is getting short shrift, however – and that’s a damn shame because it has the red menace beat hands down.

Painted in 1963 (above) it’s the earliest Warhol self-portrait on record and measures in at a much more modest 3.5 ft. Estimated at up to $30 million, in our opinion it’s inestimably cooler. That’s because it’s from Warhol’s classic cool years before the fright wigs, corsets and ever-spiraling eccentricity; it’s almost a how-to for dressing like you’re going to a great party with Edie Sedgwick instead of a freak show at the Factory. Read more at Gilt MANual….

This oversized, embellished Polaroid of swashbuckling photographer Peter Beard holding one of his iconic portraits of Out of Africa author Karen Blixen is expected to fetch up to $14,000 at Sotheby’s Photographies sale in Paris on May 10. Also included in the auction is a Beard portrait of another old friend, Jackie Kennedy. 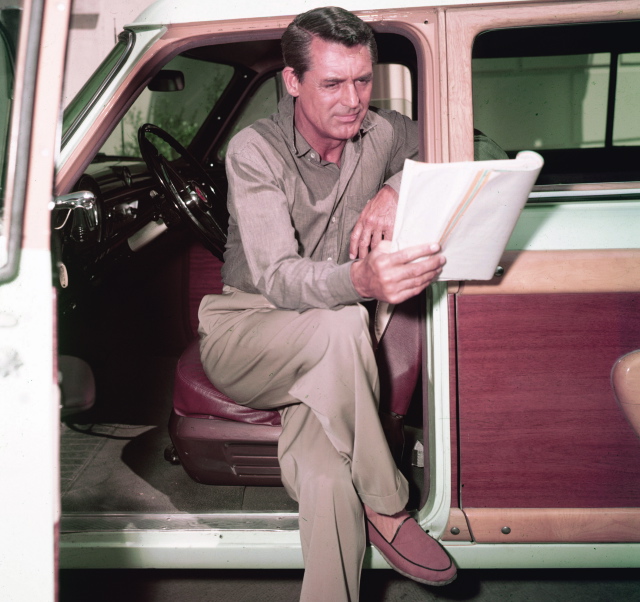 Cary Grant’s daughter Jennifer is publishing a new memoir of her father this week entitled Good Stuff (Knopf). In celebration DRIVEN takes a look at the book and offers this classic snap of the iconic actor perusing a script while filming Alfred Hitchcock’s To Catch A Thief in 1955. A study in stylish khaki-wearing to be sure. 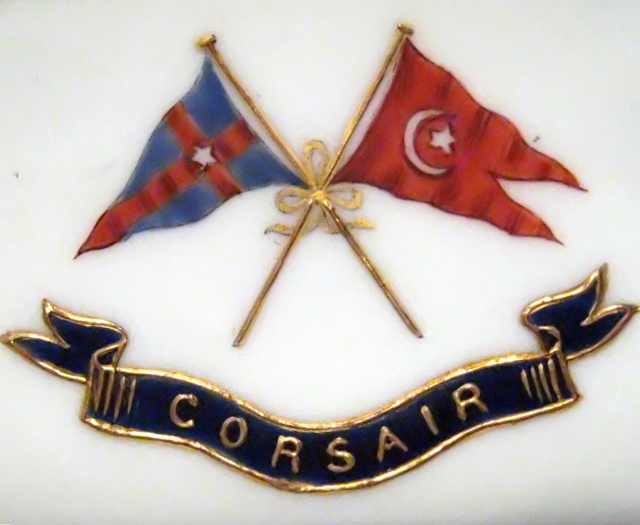 This weekend Boston Harbor Auctions is offering a number of nautical treasures from the Corsair, the massive steam yacht built for J.P. Morgan in 1890 by Neafie & Levy of Philadelphia.

Morgan, who was for a time Commodore of the New York Yacht Club, entertained great men of the day from Teddy Roosevelt and Thomas Edison to Mark Twain aboard his floating mansion fitted with every possible luxury.

Read more at A Continuous Lean. 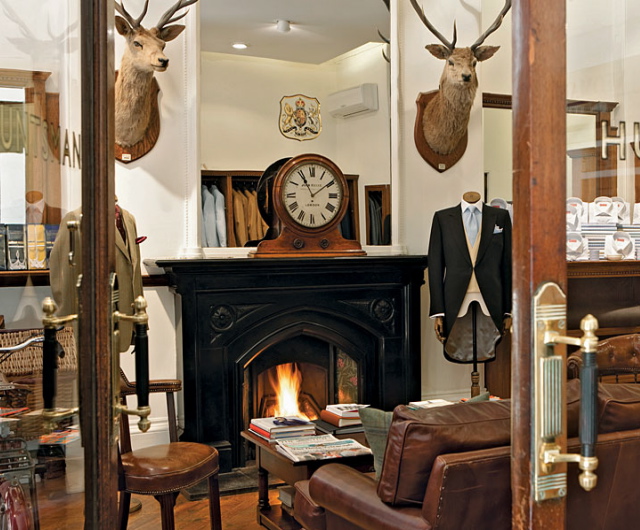 Here’s a peek inside the hallowed portals of Hunstman of Savile Row, established 1849. Over the decades Huntsman has made suits for the likes of the Prince of Wales (later Duke of Windsor), the Maharajah of Jaipur, Rudolph Valentino, Laurence Olivier, Clark Gable, Gregory Peck and painter Lucien Freud.

The famed tailoring firm is undergoing some updates as part of the Row’s attempts to attract new customers. “Once widely regarded as one of the stuffiest companies on the Row – by itself, and proudly so – [Huntsman] has acknowledged that ‘you have to embrace new ideas or get left behind because younger customers want something different’”, its head cutter Patrick Murphy tells The National.

The updates include “more welcoming, modern retail windows” and a younger staff. “But the biggest change has been in attitude,” says Murphy. “Before it was ‘our way or the highway’ – very dictatorial about what the customer could have. The modern consumer wants what he wants.”

Hopefully they won’t change a thing that we can see pictured here however. We can think of nothing better than whiling away an afternoon selecting a new three-piece by the fire. 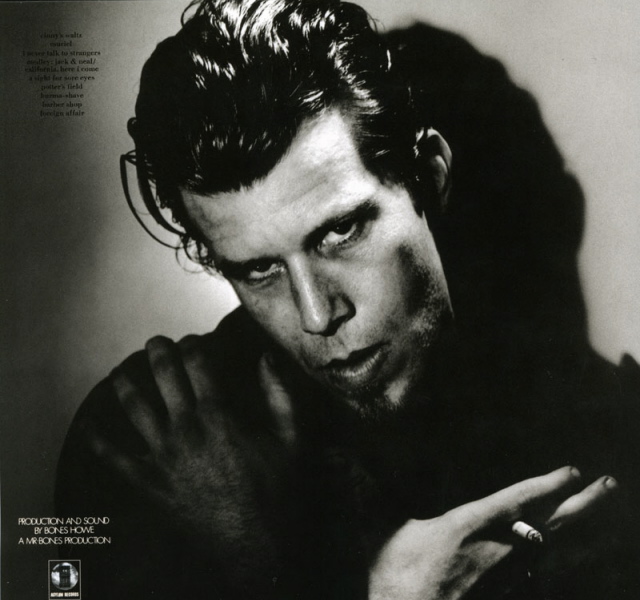 In honor of his recent induction into the Rock & Roll Hall of Fame, we present the only man alive who should ever sport a soul patch. 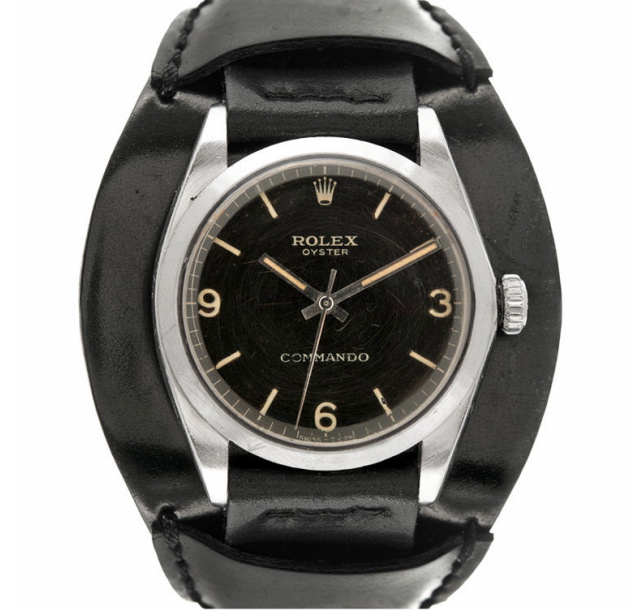 Released in 1972 for one year only, the Rolex Commando, a Spartan version of the Explorer, was the cheapest model in the famed Swiss watchmaker’s catalog at the time.

Today, of, course, it is extremely rare, desirable and all-but-impossible to find, though find one we have – this perfectly-patina’d number, from California’s Fourtané, will set you back a cool $25,000. Read more at DRIVEN. 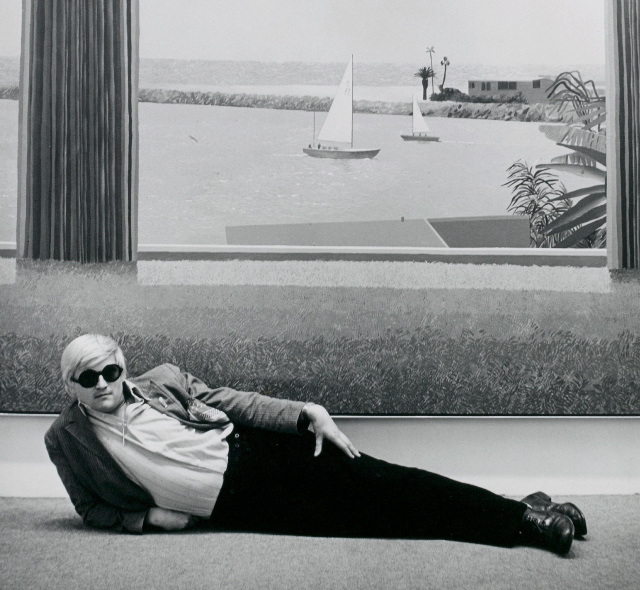 UK auction house Bonhams is staging a sale in London on April 20 dedicated solely to the work of David Hockney, including several important paintings. To our way of thinking however of equal appeal are the many portraits of the artist himself, an oft-neglected icon of eccentric style, including this Cecil Beaton photograph from 1969. Dig that flowing pocket square…. 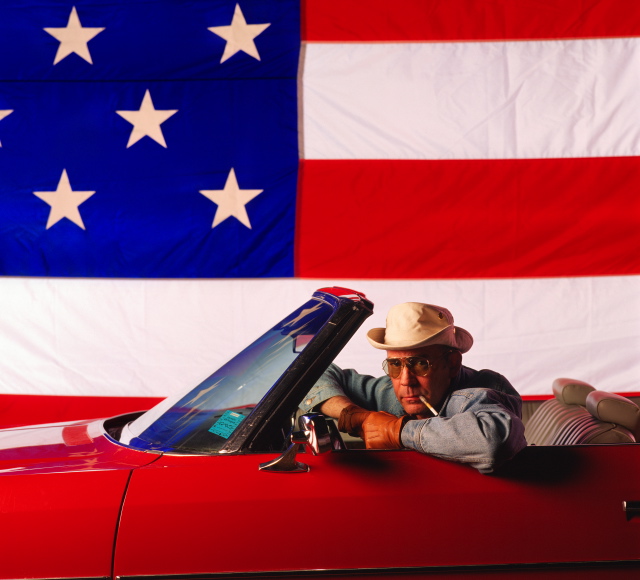 A brisk wind is blustering down from the snow-capped Rockies as Dr. Hunter S. Thompson, clutching a Bloody Mary, shifts his red Chevrolet Caprice Classic convertible into high gear….

Thus begins our reminiscence of the good doctor on the eve of news that the big screen version of The Rum Diary, based on his novel of the same name set in 1960s San Juan, will finally be released this fall. Johnny Depp will reprise the role of his late, lamented (and somewhat demented) friend. Read more at Driven.